CROCtoberfest is a fundraiser that celebrates our ancient reptiles, the crocodilians. 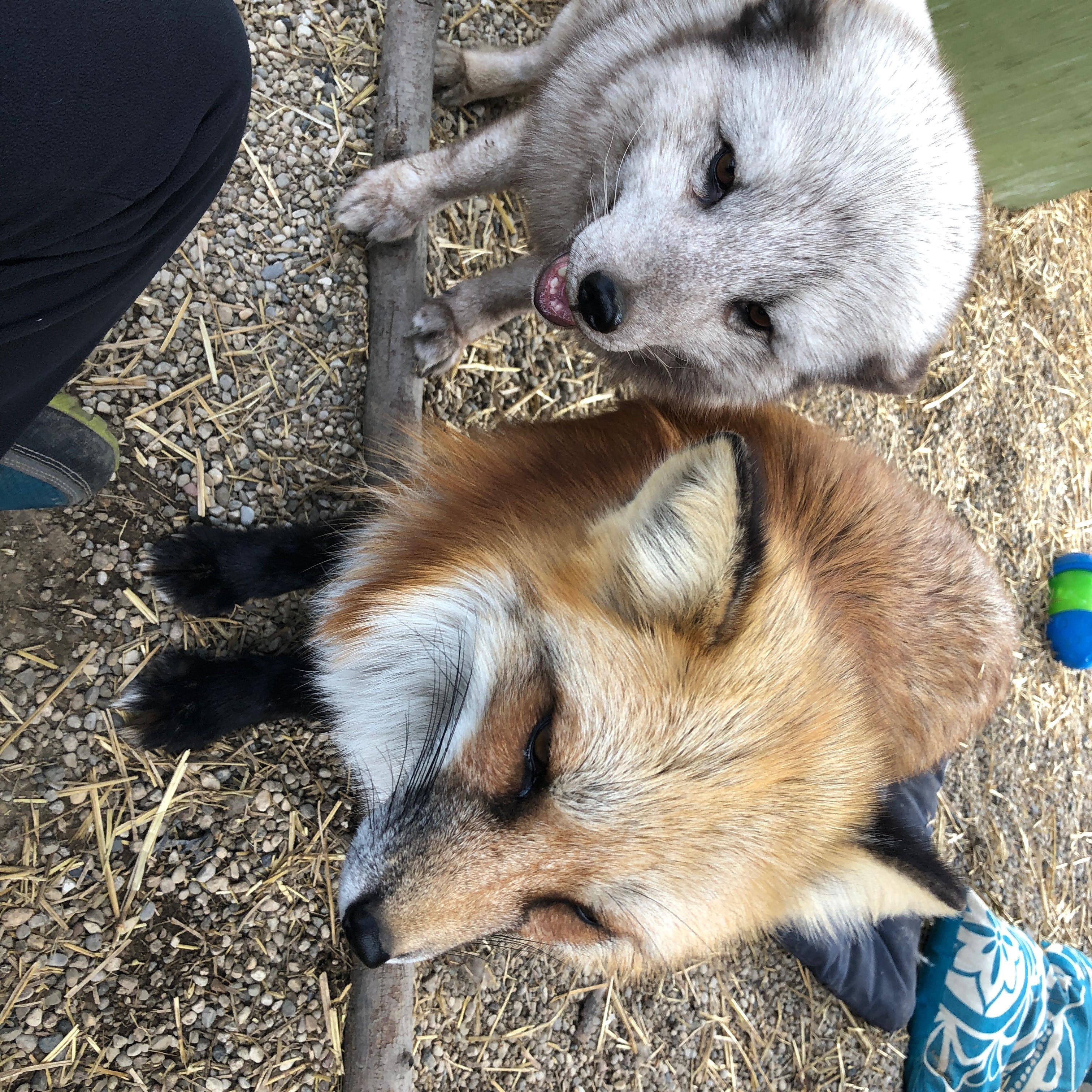 Meet "Jax," the red fox, and her buddy, "Spartan," our male Arctic fox!

Just last December, Jax and Spartan were in the care of a kind person who rescued them from abysmal conditions, took tireless, painstaking measures to restore their health, and lovingly cared for them. As they recovered from parasites, pneumonia and other ailments, they grew acclimated to human handling. This vigilant attention has made it all the easier for us to carefor these animals. Sadly for them, their caretaker, Sofiya, had to relocate, but that gave Jax and Spartan an opportunity to begin a new adventure.

The Arctic, or "polar" fox (Vulpes lagopus), having developed some of the most substantial insulation in the class Mammalia, endures some of the most the bitterly cold conditions in the world: the tundra biome of the northern hemisphere. Few animal species are better equipped to survive the extreme cold than this little creature. With an excellent scent-tracking ability and keen sense of hearing, this little 15-pound carnivore can efficiently locate its concealed prey -even that hiding under a layer of snowpack! Feeding on a varied diet of rodents, hares, birds, fish, eggs - and even carrion - these canines are opportunistic predators, as they must be in this tough environment. Although many do not survive their first year, Arctic foxes might live some 3-4 years in the wild, although with good care in captivity, they might go on to live yet another 10 years.

Weighing in at nearly twice the size of our little Arctic fox, the 30-pound red fox is the largest of the "true" foxes (and happens to be a descendant of the Arctic fox). Vulpes vulpes has a range spanning North America and Eurasia from the Arctic Circle to as far south as north Africa. They were introduced to Australia in the early 19th century for fox hunting; their population is now estimated to be nearly 7 million. These omnivores will consume fruits, foliage and tubers in addition to a more typical carnivore diet of birds,fish, amphibians, mammals and invertebrates. Both the red and Arctic foxes have similar lifespans.

Unlike our two buddies Jax and Spartan, the Arctic fox and the red fox are not friends, but competitors for survival in the real world and predation can even occur between them where their ranges overlap at the Arctic Circle. Typically, however, the Arctic fox will move on to avoid conflict when it's the best option.

Thank you, Sofiya, for bringing us together!

If you have found a seemingly orphaned animal, or an injured animal that is not in imminent danger, before taking any action, contact The Illinois Department of Natural Resources Northeastern Office at 847.608.3100. Many young animals might seem orphaned when the parent is merely nearby, but out of sight. If it is necessary to rescue an injured animal, do not attempt to give it food or water without first obtaining guidance from the IDNR or other qualified expert.

All rights reserved. Site by PUREi